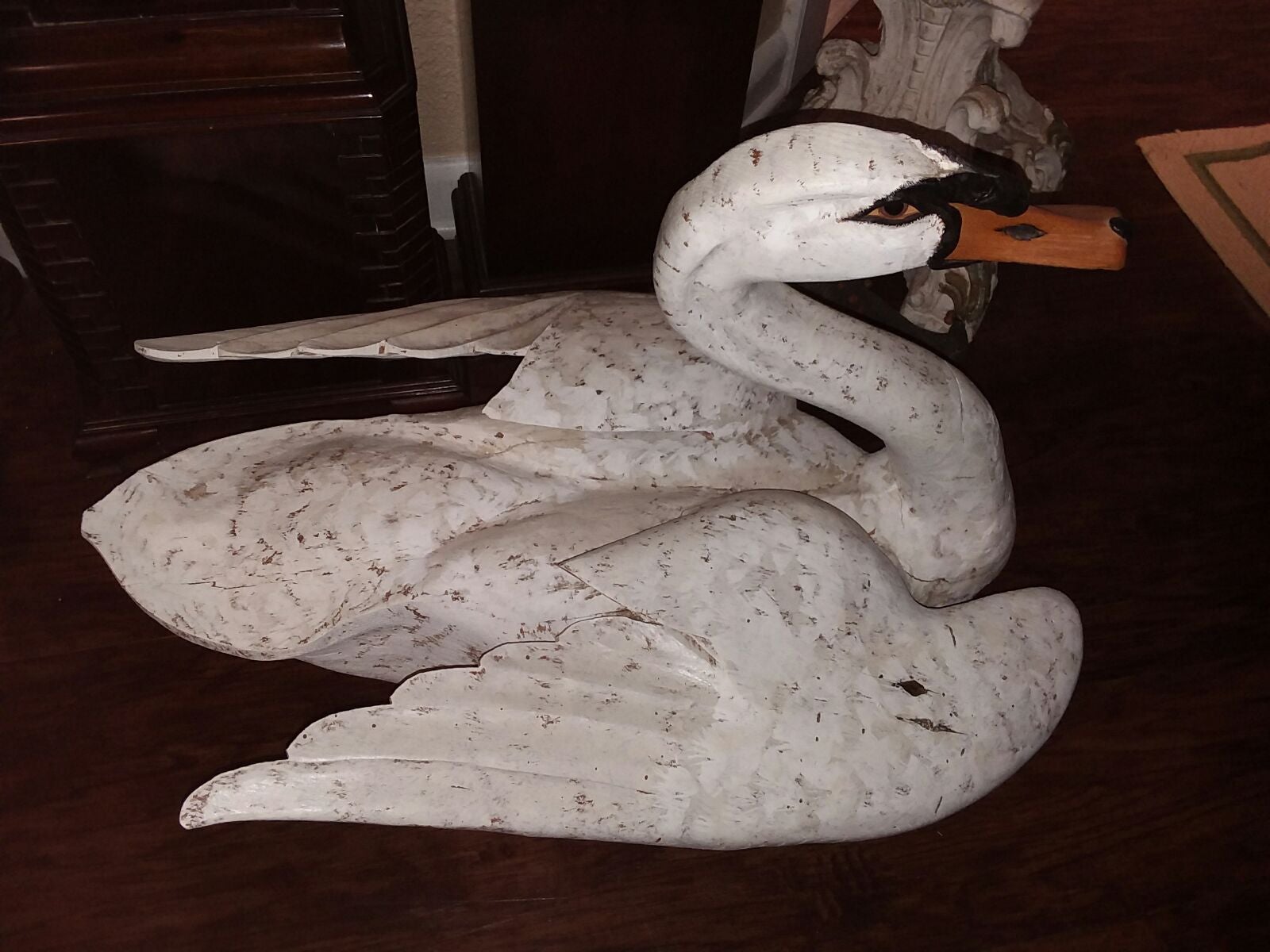 A Wonderful vintage carved wood swan in a full scale large size, the carving an paint have been meticulously performed in every detail, this is one of those things that you will not find, and in this condition, this item came from a collector if fine art and was purchased from the estate. A rare and important piece of art Thanks for your interest