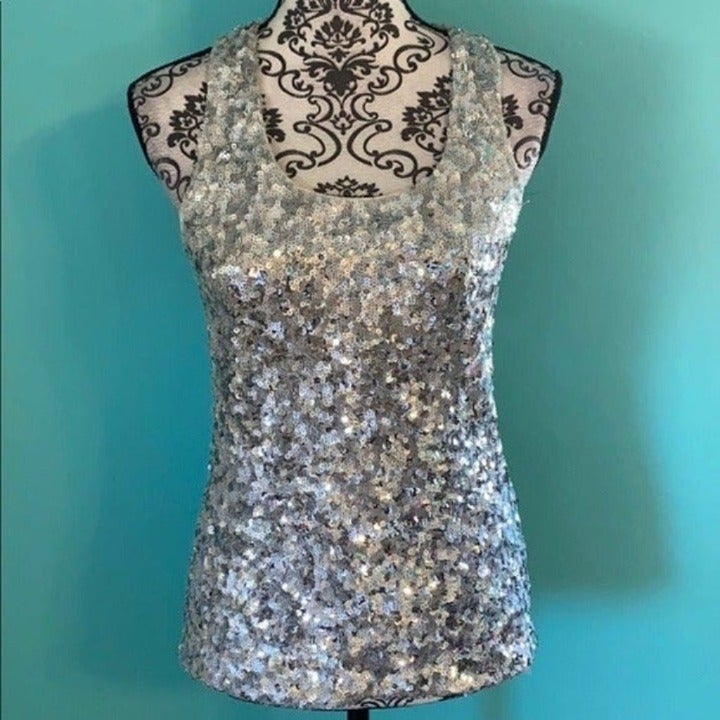 Price is take it or leave it. As shown in photos, marker stain behind tag inside item. Not shown when wearing item. Top is missing some sequin under arm also shown in photos. Overall good condition. Top is extremely stretchy and fits to body. Length 26” Pit to pit 14”-19”