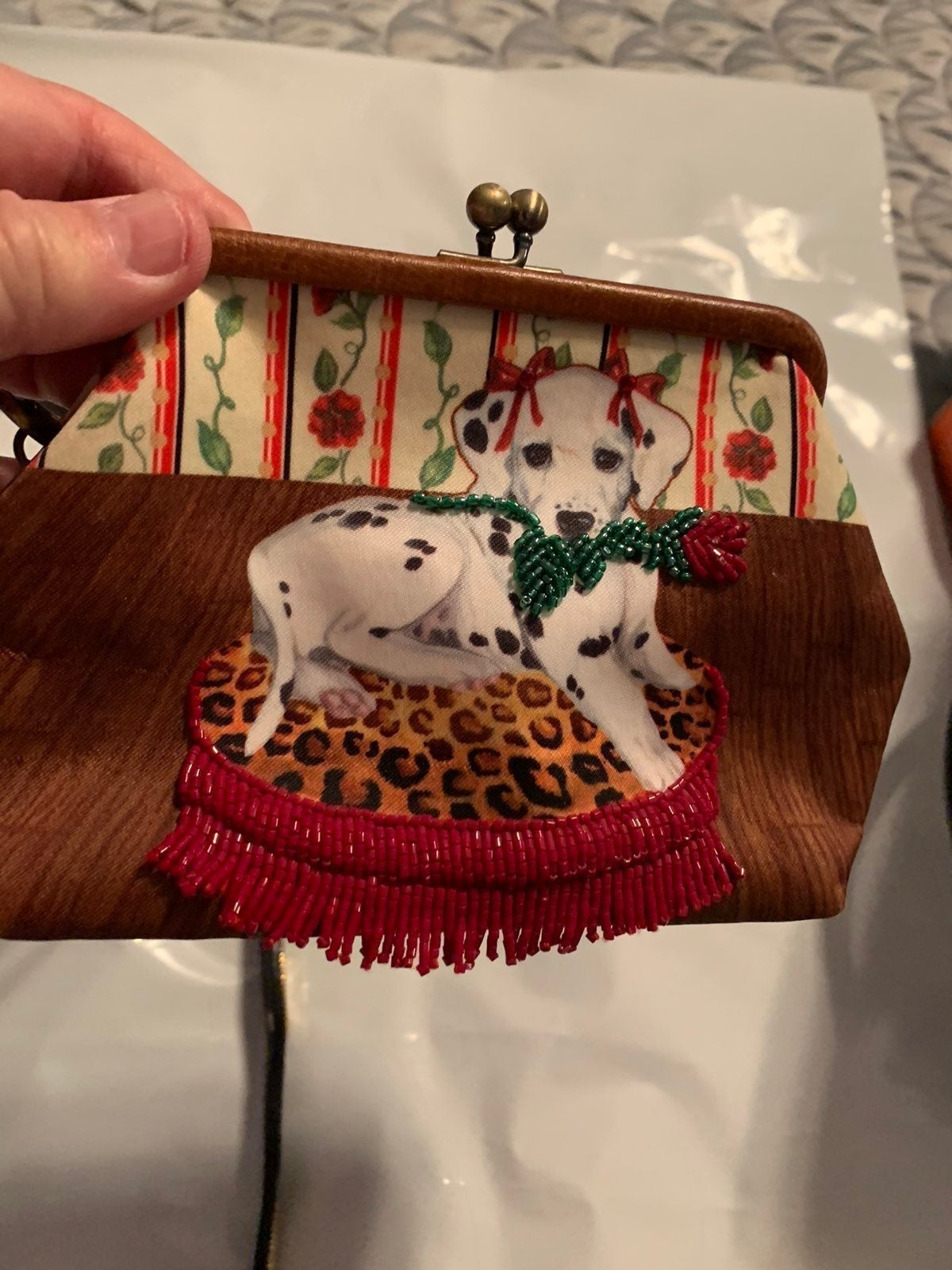 Hard to find. I think this is a wristlet. It’s 9” at the widest part and 5” from base to latch. Only 1 flaw that I see as shown in picture. Clean, sturdy and no tears. Picture of a Dalmatian puppy on the front. Beaded rose and stem and beaded trim on bottom of stool. This is on front. Not beaded on other side as per pictures. Bag has not been authenticated but has the Isabella Fiorea tag in red with white writing and R in the corner. The areas near the latch are just were the fabric was put over it, it isn’t torn. Feel free to ask questions.