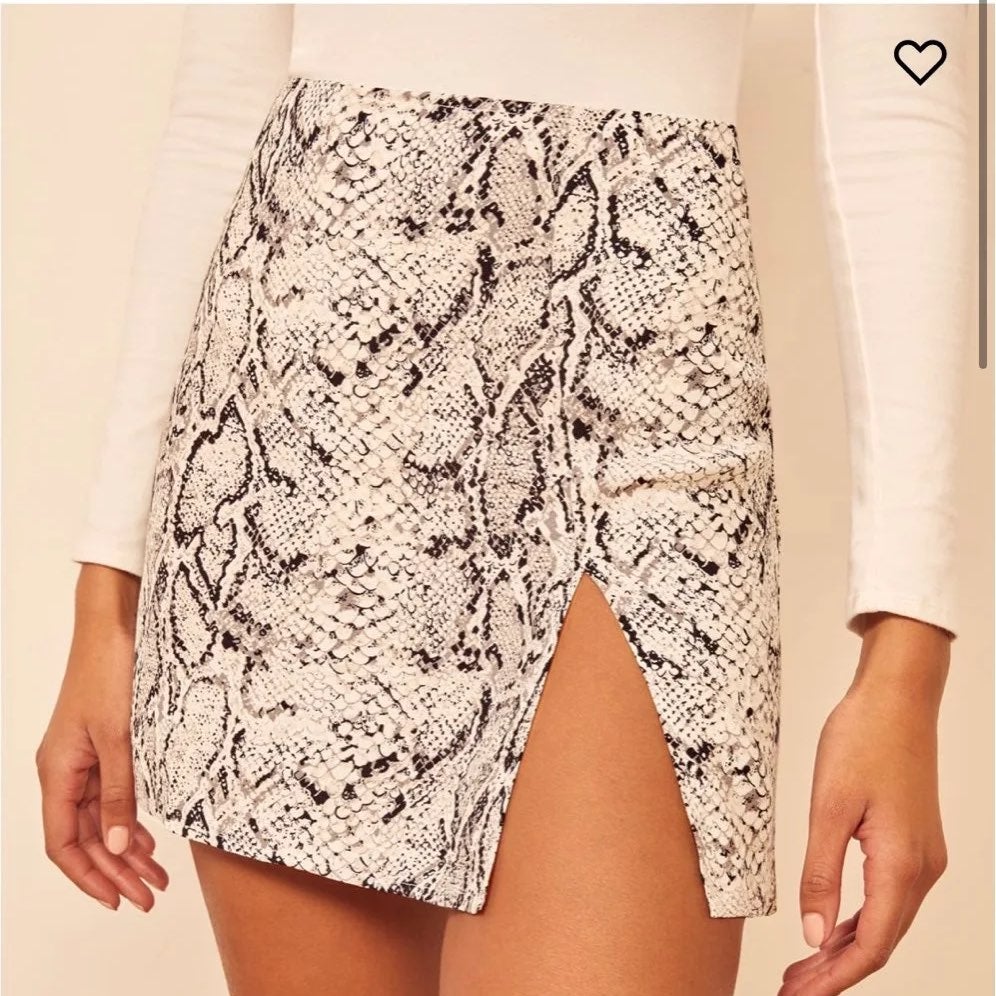 Miniskirt from Reformation in Rattlesnake print, size 0. ONLY WORN TWICE so this item is in like-new condition. Sadly no longer fits me. Made of lightweight material that’s very slightly sheer/see through if nude underwear isn’t worn.